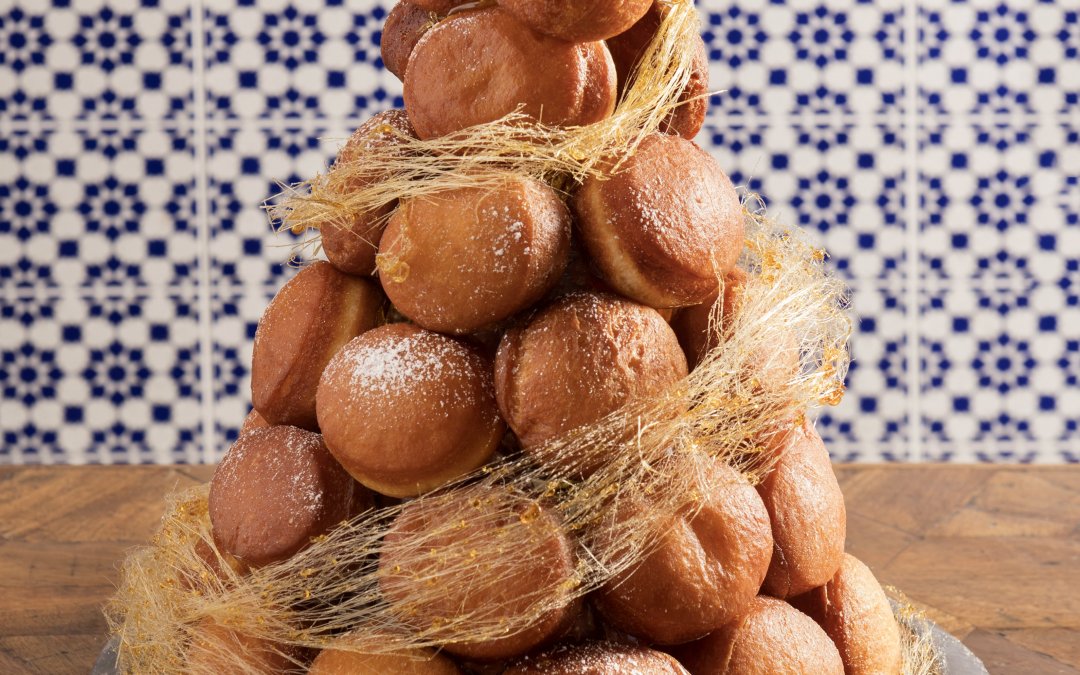 The authentic Mediterranean style dining restaurant known as Cleo has just launched what could arguably be the most insanely delicious weekend brunch — ever. Their new menu takes things to a whole new level with inclusions like a decadent tower of Brioche Mini Doughnuts accompanied by a sour cream glaze, Smoked Salmon Benedict, Red Shakshouka, and a Mushroom Omelette with truffle to name a few. Feast your eyes on the menu offerings below, and read on to learn about Chief Culinary Officer, Martin Heierling’s, thoughts and favorite items; and how to get your hands on these specialty dishes.

Cleo continues to star Chef Danny Elmaleh’s creations of Mediterranean dishes for their new exquisite brunch menu. sbe’s Chief Culinary Officer, Martin Heierling says, “Our offerings continue the tradition of mezze-style dining that Cleo is known for and we believe that we capture this spirit in our newly created brunch concept where we serve brunch appetizers, such as our signature Lebaneh Dip and Hummus, as well as light and crunchy Haloumi filled squash blossoms — fried to perfection.” As if that weren’t tempting enough, Martin divulges, “After Miniature Greek Yogurt Parfaits and the ripest seasonal fruits, our guests can select an entree from a wide variety of farm fresh California produce and organic eggs, cheeses and proteins — including vegetarian and vegan dishes — before indulging in miniature brioche doughnut holes with an amazing sour cream glaze. My favorite dishes are the Greek Omelette, Red Shakshouka and the Wagyu Cali Burger …’OPA!!!!”

Cleo entices and mesmerizes guests across Southern California with its unique charm, and one of a kind dishes. With Fall comes shorter days, so that only means there isn’t much time to take advantage of Cleo’s new specialty menu. See below for Cleo’s details and menu:

The highly acclaimed restaurant, Yardbird, launches its new happy hour this week – with $7 bites and cocktails – and what better way to celebrate the new offerings than with friends, family, and food lovers alike!?

The new happy hour menu, created by Chef Ryan Ososky, will be available from 3 pm to 7pm, Monday through Friday, and features 7 snacks for $7 each. What can you find on this 7 for $7 menu? The best of Southern classics combined, of course. The new happy hour menu will feature Yardbird “Disco” Fries, Smoked Brisket Biscuits, and Crispy Chicken Biscuits to name a few. If you like gravy, cheese, and anything smothered, this is just one Southern staple you will find at Yardbird, and their new happy hour menu reflects it.
Yardbird guests can also indulge further with $7 hand-crafted cocktails such as the Basil Caipiroska, Fresno Watermelon Mojito, and Old Fashioned, among others. Refreshing!

Yardbird Southern Table & Bar is owned and operated by 50 Eggs Inc., a multi-faceted, full-service creative firm focused on developing irrepressible brands within the hospitality and entertainment industries. CEO, John Kunkel says, “We’ve been blessed with an extremely talented, intelligent and enthusiastic group of people who possess a roll-up-your-sleeves work ethic second to none. That has been, and will continue to be, the driving force behind our success, plain and simple. We have more concepts in the works and our goal is to continue to develop ideas that we’re passionate about. We’re proud to be developing, building and operating the kind of places that we want to share with our families and yours.” 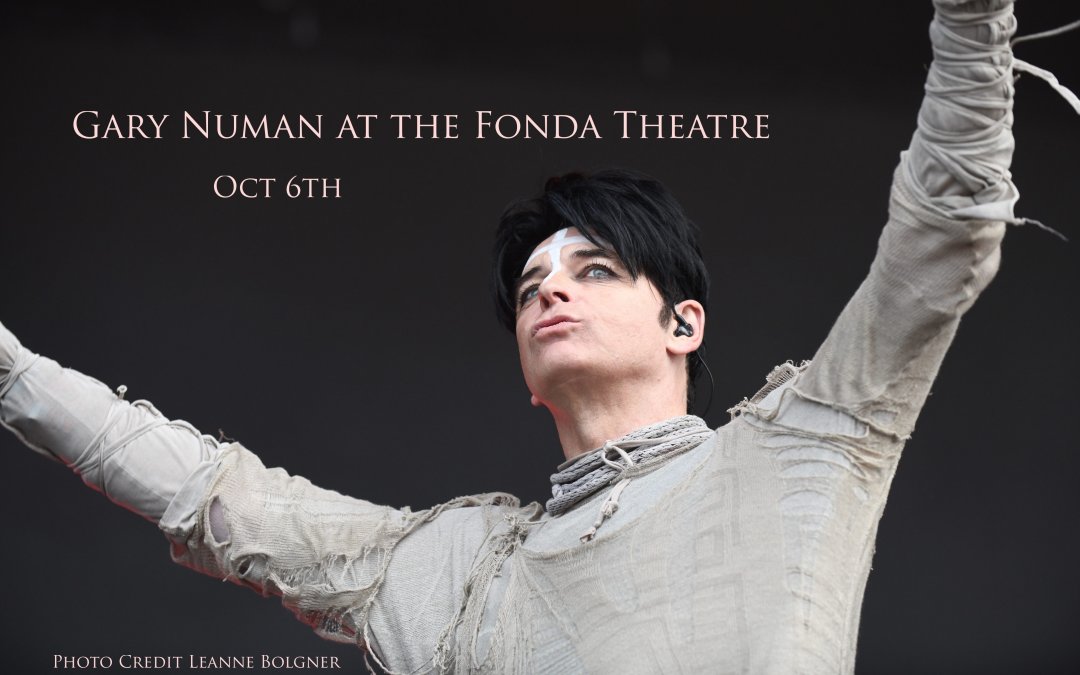 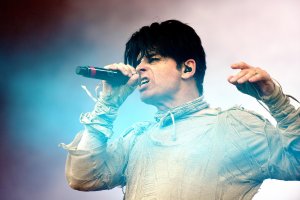 Catch him in concert during his  “Savage European/US Autumn Tour”.

If you reside in Los Angeles, you can see Gary Numan perform at the Fonda Theatre on October 6th.
Visit his website for more info, or buy tickets here.

SoCal Magazine’s Niki Smart caught up with Gary Numan for a quick interview.

GN: It was in India actually. I was put under house arrest in India on suspicion of smuggling and spying in 1981 when flying around the world in my own little airplane. The smuggling charge was based on the fact that I was wearing two watches at the time. I did try to point out that flying my own airplane all the way to India to smuggle one cheap watch was a bit pointless, they didn’t seem to get that unfortunately. The spying charge came about because apparently we had flown over a Russian submarine base North of where we landed, which we had no idea existed until they told us. They then kept us for four days in a place on the beach (not as nice as it sounds) and the other rooms were all filled with Russian families, presumably from the base we’d supposedly been spying on. It was like being in a Keystone Cops movie but for real. They then blamed me for the rules they were following as they said they were left over from the days of the British Empire. So it was all my fault apparently

GN: Favorites change depending on mood to be honest but a song on the new Savage album called My Name Is Ruin is a big favorite because my daughter Persia sings on it with me. She joins us on stage when school allows and sings with us all over the world as well. I love that.

GN: I get to do live my life the way I choose to for the most part, not the way I have to. If I wake up and it’s a beautiful day, I don’t have to work, it’s up to me. That freedom is very special to me.

GN: My touring work takes me away from my children for months at a time. That’s a real problem for me. Apart from that though there is no ‘worst’ thing. I love my life. I love living in Los Angeles, being in a band, I’ve been happily married to Gemma for 21 years and my children are all healthy. I have no complaints.

GN: I have a show at The Fonda on October 6th, which I’m very excited about, plus a special edition version of the Savage album coming out in late October

GN: The Savage album is all about a world devastated by climate change, so yes, I have lots of thoughts about it. I believe it’s very real, very dangerous and I could hardly believe it when Trump pulled the US out of the Paris Accord. It was a level of ignorance that was hard to fathom. 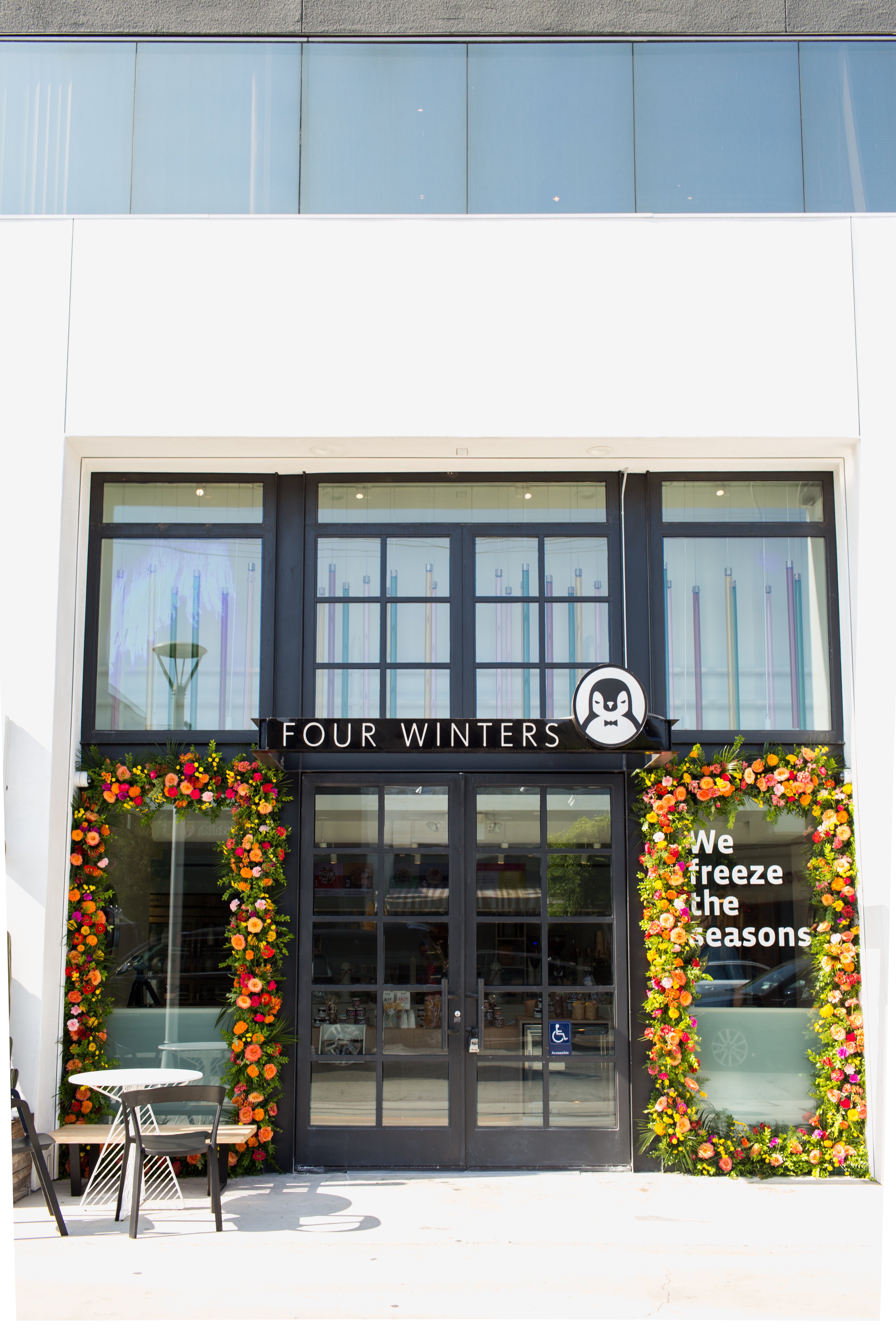 New Season, New Flavors, and a Good Cause

Four Winters (@fourwinters), an iconic U.K. based ice cream brand that recently opened their U.S. flagship store in Los Angeles, is launching their exciting new fall menu on September 28th, and guess what? If you love (free) ice cream, you’re in luck! Four Winters is inviting LA locals to celebrate with them!

Here’s a rundown of the deliciousness that goes into each of these flavorful scoops:

In addition to these amazing flavors, Four Winters is also proud to donate the proceeds raised from purchases of Pink Velvet to the American Cancer Society in honor of Breast Cancer Awareness Month (October 1 – October 31).

One Night Only: Free Ice Cream For All

On September 28th, from 7pm to 11pm, Four Winters will be offering their Vegan Chai and Lemon Berry Cloud flavors of ice cream for free to all visitors, as an invitation to experience the new menu. The classic year-round flavors, such as Fudge Brownie, Cereal Crunch, Cookie Dough and Knafeh, will also be available for purchase.

At Four Winters, each scoop of ice cream is made to order (frozen at -321º Fahrenheit!), and the brand’s new approach to old fashioned, hand-churned craftsmanship produces remarkably smooth ice cream. Four Winters’ ‘magic’ blends fresh ingredients and home-baked toppings with locally sourced and flavor-infused dairy, transforming it into delicious ice cream in front of their customers’ eyes.

Founders Zeid Zabian and Omar Alkhawaja opened the U.S. flagship earlier this summer to introduce local Los Angeles foodies to their unique taste on ice cream. “We wanted to throw this event to continue to invite the neighborhood to experience and enjoy Four Winters’ amazing, distinct flavors,” states Omar. “We love taking our customers on a journey through the season with our evolving seasonal ingredients, and wanted to offer our fall menu to the public so they can taste our new combinations!” 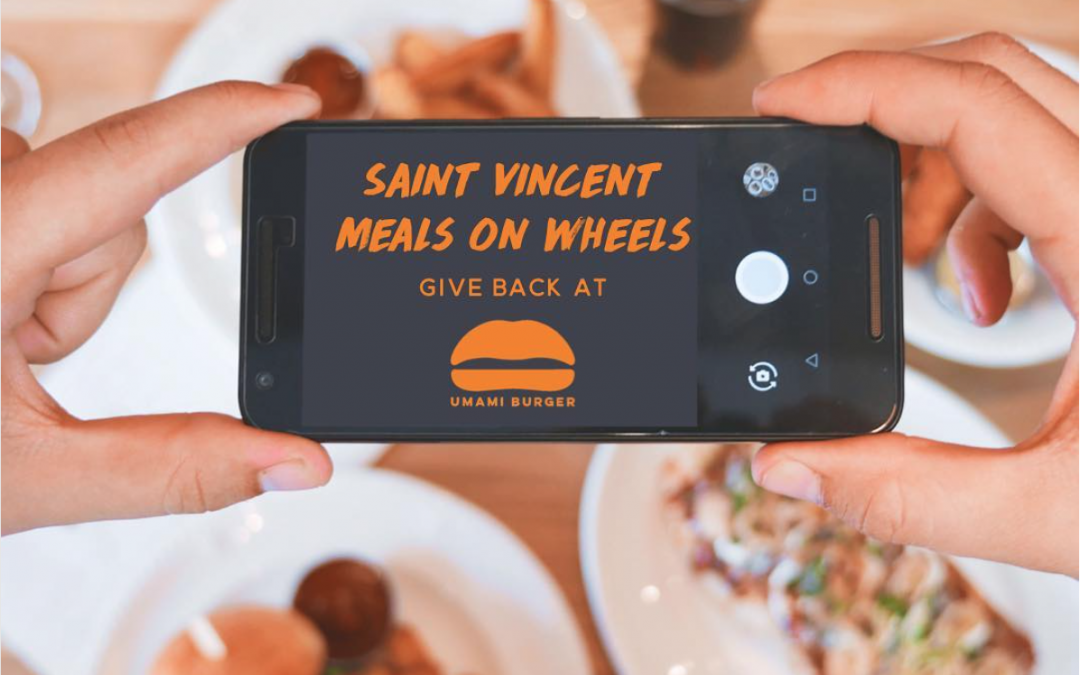 On Tuesday, September 18, Umami Burger kicked off a one-day campaign with St. Vincent Meals on Wheels for National Cheeseburger Day. The “No Senior Goes Hungry Campaign” helped to bring awareness to the 250,000 seniors in Los Angeles that are at risk of hunger, food insecurity, malnutrition, and even homelessness.

It is an indisputable belief that every senior citizen deserves respect and compassion, and Umami Burger created another easy way for everyone to take part in changing the lives of senior citizens in Los Angeles. Though this weeks efforts have already passed, maybe sometime soon Umami Burger will team up with Wheels on Meals again. Whatever the case, you can always look forward to Umami Burger launching a worthwhile campaign for you to participate in, that can help make a positive impact on the community.

ABOUT UMAMI BURGER: Founded in Los Angeles in 2009, Umami Burger has been named GQ’s “Burger of the Year,” Men’s Journal’s “Best Burger in America” and one of the “25 Most Innovative Consumer Brands of 2016” by Forbes’ CircleUp25. Currently, Umami Burger has 22 restaurants in California, New York, Illinois, Nevada, and Japan with additional locations planned around the
world. SBE, the leading lifestyle hospitality company that develops, manages and operates award-winning hospitality venues, is Umami Burger’s majority shareholder. For more information on Umami Burger, please visit umamiburger.com or follow @umamiburger or #umamiburger on Facebook, Twitter, and Instagram.