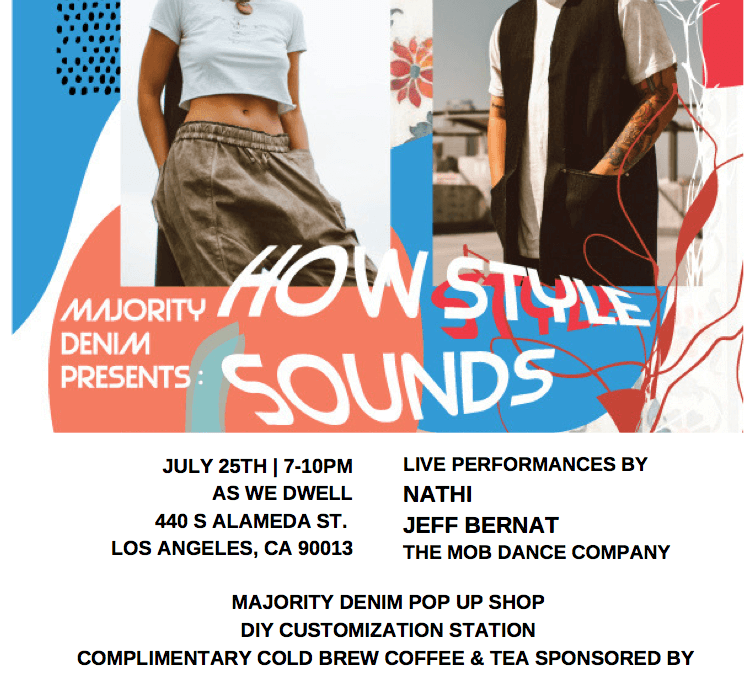 Meet The Majority: How Style Sounds

Lights, cameras, action… Food, music, fashion! These are the staples that make up almost all of Southern California’s events, and it would be a disservice to attendees if even one of those necessities were forgotten. It’s a perfect formula, and emerging denim brand, Majority Denim, is looking to take advantage of what much of SoCal’s population thrives on — while also directly connecting to striving artists and influencers for amazing opportunities.

On Thursday, July 25, 2019, from 7 pm to 10 pm, Majority Denim will hold their first major event, titled “Meet the Majority – How Style Sounds”. This free special event is a celebration of a new beginning in Los Angeles for Majority Denim. This innovative, high-quality fashion brand, is designed to style all genders, and proceeds from every item purchased from the brand will be donated to charity. While designated to be an evening where fashion meets music, Majority Denim plans on introducing their new influencer program, “Meet The Majority”. The Majority influencers will unveil their creative craft by showcasing their custom denim pieces in collaboration with Majority Denim’s Creative Director/Co-Founder, Christian K. 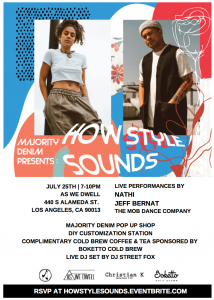 Even more exciting, the event will feature live music performances from Jeff Bernat (@jeffbernat) & Nathi (@nathiofficial) with their original music. Fortunately, the fun doesn’t stop there, as the evening will also include a Majority Denim pop up shop with a DIY Custom Station, complimentary bites and drinks, a live DJ (DJ Street Fox) & live music, a performance by The Mob Dance Company (@themobdanceco), and a night of mingling with the trendsetters and tastemakers of LA. This special event will be held at As We Dwell, located in the Arts District of Los Angeles, at 440 S. Alameda St. More information about this new and beautiful location can be found on their website, while more details about the event can be found on Eventbrite.

Features and benefits of the “Meet The Majority – How Style Sounds” event include:

Guests can RSVP for this free event here.

“Sharing a sense of style through community, innovation, and unity. We don’t need to fit in, we stand out” – Majority Denim

“An innovative, high quality fashion brand, designed to style all genders. Made in Los Angeles. A team of veteran denim makers with over 30 years of experience using high quality Italian, Japanese, Brazilian and American denim. We are on the path of discovering the ‘nu’ generation movement and merging it with consistent high quality and tradition.”

Majority Denim also has a recently launched YouTube Channel where they give exclusive access to their business, their partners, lifestyle, and design process. Click the play button below for a deeper glimpse into what the fresh LA. brand is about. 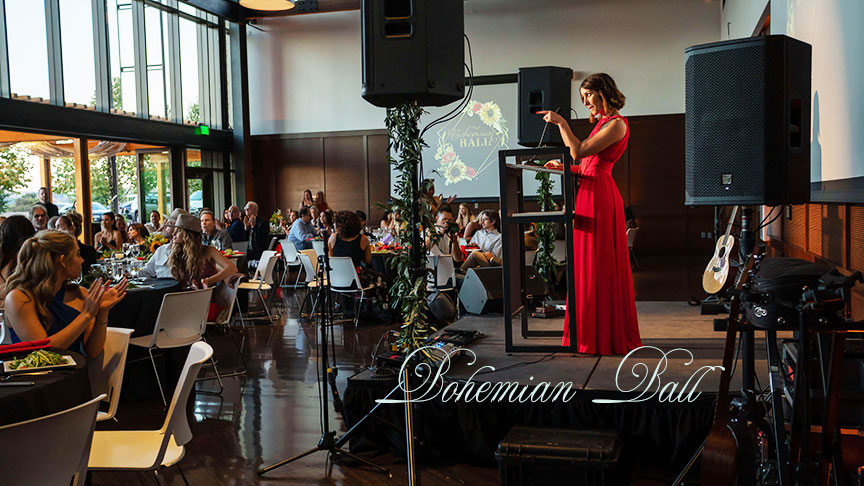 LA nights are often subject to parties and gatherings all over the city, but on the evening of July 11th, a different kind of gathering took place. From 6 pm to 10 pm, this event gave back in one of the most heartfelt ways possible, and helped to cast away darkness encompassing the lives of today’s innocent children. The Bohemian Ball, a charity event created by Natalie Backman and The Young Leaders Council, gathered notable guests of the Agoura Hills community to raise funds for powerful social change. Among the crowd was Actress/comedian, Anjelah Johnson; Musician, Manwell Reyes; Singer/songwriter, Tyrone Wells; Buzzfeed actress and comedian, GloZell Green, and Actress/comedian, Angel Laketa Moore, to name a few.

The Bohemian Ball was created to bring awareness to the non-profit, Unlikely Heroes, an organization that rescues and rehabilitates child victims of sex trafficking all around the world. The Young Leaders Council created a presentation demonstrating how important Unlikely Heroes’ work is by highlighting the success stories of children they’ve been able to save within their program. Singer/Songwriter Tyrone Wells performed a medley of songs while guests enjoyed a dinner, drinks, and desserts. The event managed to raise just under $50,000 for the organization’s efforts, which is sure to go a long way in helping children worldwide.

While it may be pretty straightforward to believe that the funds raised will provide a shelter for the children, they actually go much further to include healthcare, education, recreational activities, rehabilitation resources, love, and hope to the rescued victims of sex trafficking domestic and abroad.

Unlikely Heroes, is a local non-profit organization dedicated to rescuing and rehabilitating child victims of sex trafficking in countries such as Nigeria, Thailand, Mexico, and the Philippines, as well as the United States. The organization strives to rescue and rehabilitate all of these children — as well as post trauma therapy, education, medical care and job training and most importantly, a happy, healthy childhood.

Natalie Backman is a yoga teacher, and the Founder of Imagine Fest. Originally from Washington State, Natalie has called Los Angeles home for nearly seven years and has been teaching yoga for five of them. She is currently a 500-hour Experienced Registered Yoga Teacher of the Himalayan Tradition and is working toward certification in ParaYoga with Rod Stryker. She teaches weekly at Agoura Power of Yoga as well as Horizons Senior Center, MUSE School, and for several private clients. She, along with the entire Imagine Fest family, donates her time and energy to offer healing and empowerment to their local community, as well as an opportunity to be the change we wish to see.