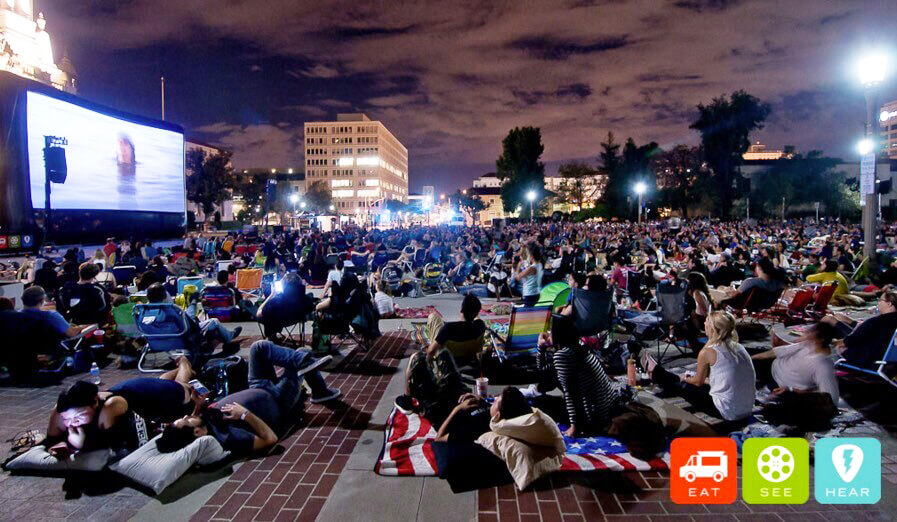 WHAT:  Eat|See|Hear, the original traveling outdoor cinema series, presents the Oscar-winning 1996 black comedy thriller, FARGO. Set in 1987 Minnesota, the Coen Brothers modern classic follows the story of car salesman Jerry Lundegaard (William H. Macy) who has gotten himself in so much debt that he hires two thugs (Steve Buscemi and Peter Stormare) to kidnap his own wife. The Academy Award-winner for Best Picture has gone on to spawn three seasons of the critically-acclaimed Fargo television show. Projected on to the largest inflatable movie screen on the West Coast, the film will follow a musical performance by sleek and smokey L.A. vocalist Glory Daze (the moniker of singer/songwriter Lea Beiley). Food trucks on hand for the event will include Vchos, the Pudding Truck, Rice Balls of Fire, Wise BBQ, and Deli Dr.

TICKETS: Tickets for Eat|See|Hear are $14 for general admission with advance online purchase or $16 at the door, and $8 for kids aged 12 and under. Children under age 5 are welcome to join for free. The festival also offers tickets to its signature Fashionably Late section for $21 (advance purchase only) which gives ticketholders access to premium seating up front. As always, dogs are welcome to accompany their humans for free.