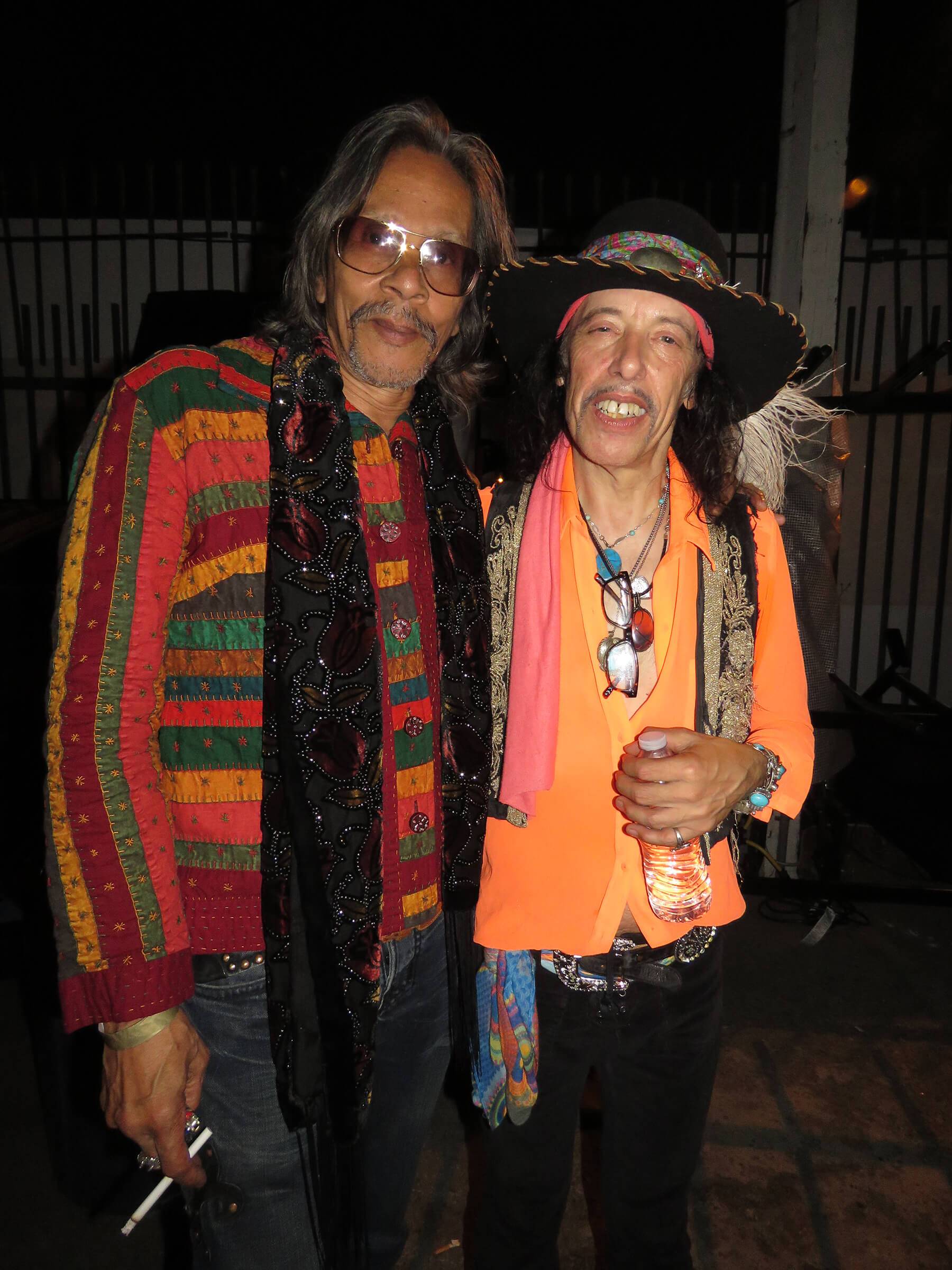 If you haven’t yet been to downtown L.A.’s Wisdome, we suggest putting it on your nightlife bucket list, and maybe stock up on your favorite psychedelics beforehand.

Called an “immersive art park,” this enormous 35,000 sqare foot space houses a collection of five huge interconnecting domes, one of which hosts nearly continuous showings of a 360 degree short film called Samskara by innovative experimental artist Android Jones. The other domes host other immersive art installations, live music events in 10.1 surround sound, and are surrounded by a commodius grassy outdoor area for hanging out on glorious summer nights with bars, ethnic food and drink purveyors, and trinket vendors selling wares of a vaguely spiritual nature —  it’s the whole enchilada in one place, with enchiladas. It’s both comfortable and hella trippy!

We experienced the Wisdome when Randy Hanson, who is considered arguably the best of the Jimi Hendrix tribute performers among those in the know about such things, did the first of his spot-on two-night performances in the largest of the Wisdomes, while psychedelic art in the form of constantly morphing mandala images were projected on the walls and ceiling of the dome, and many audience members took in the multimedia show from reclining seats. Like them, we found ourselves gazing ceiling-ward during the show, mesmerized, as the images changed organically, all the while absorbed in the expertly executed music.Randy, who is in demand all over the world for his Jimi Hendrix realness, and is, like Jimi, a Seattle native, played and sang all the hits note for note, from “Foxy Lady” to “Purple Haze” to the Bob Dylan-penned “All Along the Watchtower,” on what just so happened to be Dylan’s birthday.

As happens in L.A., we found ourselves Ubering to the Wisdome with the famous-adjacent:  Leon Hendrix, Jimi’s younger brother and an edgy blues musician in his own right, who sang with Randy and his band very appropriately  on “Castles Made of Sand,” a song Jimi had penned back in the day about his family’s dysfunction. Leon’s own show the very next weekend at The Mint in West L.A. was a sold out success.

The world-renowned Randy Hanson brings his Jimi extravaganza back to the Wisdome at the end of June. For all of us who missed Jimi’s legendary L.A. performance at the Hollywood Bowl in 1968, we now have a second chance to Be Experienced!