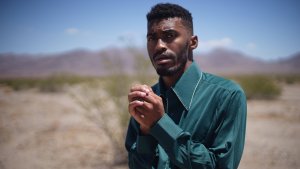 I remember going to a concert for the recently formed girl group, June’s Diary, in the Fall of 2016. Myself and the other patrons were all very excited to see the girls perform as this was one of their first shows since forming on a reality show created by Kelly Rowland and Frank Gatson. What’s funny though, is that excitement quickly turned into anxiety when we all realized there were going to be five opening acts before our girls were even going to be on stage. Mind you, I personally didn’t know any of the names on the bill, so you could imagine the frustration that began to mount in the room.  In any case, all of the acts proved to be very talented artists in respects to R&B, but one in particular really stood out to me as a powerhouse vocalist and performer. He goes by the name, DAVIE, and that day, I immediately turned into a fan. The track that specifically caught my ear was called “Testify”, a track with lots of energy and soul, to which Davie exuded as he engaged his music with the audience. Almost a year later, Davie is ready to embark on the 2nd leg of a US tour, releasing a brand new EP, and celebrating that release with his own show in Downtown L.A at The Resident. Davie sat with me and SoCal Magazine to talk about his new EP, Black Gospel Vol. 1, his upcoming show, and the message that he wants his listeners to get from his music.

Let’s take it back to the June’s Diary show. The girls were just coming off their successful show on BET, Chasing Destiny, so they had a solid following.  How did you get the opportunity to open for them? There’s this really awesome company in the community called Industry LA that partners with various events around L.A., particularly live concerts and showcases in the R&B space. A friend of mine who works with the girls on vocals connected me with the opportunity as they were specifically looking for openers to the show. I submitted one of my songs, and was selected as one of the openers.

You joined the Safe Haven Tour this past May and completed the East Coast leg this Summer.  Tell us about that experience as you prep to start the West Coast dates next week. I love being connected with artists that do the hard work when it comes to their music. The artist I’m opening for on the tour, Ruth B., is an excellent songwriter and performer, so when the opportunity presented itself for me to be a part of the tour, I jumped on it.  Our first show was in Nashville, TN, which was so exciting for me, because I’ve always felt connected to that city as a songwriter.  It was just the perfect way to start a tour like this.

You’re releasing a brand new EP on August 25th, aptly titled Black Gospel Vol. 1.  What does “Black Gospel” mean to you and what message do you want that to convey to your audience? My musical history stems deeply in the black church, where culturally, everyone sings and there’s an organ.  That was my musical foundation, Gospel music within the black church.  My experience as a black male felt very celebrated where I grew up, but as I’ve grown and traveled, I had to take in what it was like to be ostracized just for being different.  When I use the word black, I don’t immediately use it to define race, either.  Black has often been used to describe something negative and villainous, and then gospel is seen as something positive and uplifting.  I connected those words with the purpose of delivering a message of good news to anyone who’s ever felt ostracized or like they don’t have a place in this world.  I feel like my mission is to create music for everyone; to create a moment where we can all just jam.  I want to bring people to together with good music, and that’s what I aim to do when I’m on tour.  I’m taking the feeling I got listening to gospel in the black church and infusing that with Pop culture to bring people together of all cultures and backgrounds.

How have your fans been reacting to the snippets you’ve shared on social media so far? It’s crazy because I think they’ve reacted well to it seeing as how my audience has grown with me.  Most of them were introduced to me about two years ago because I was an opening act for Selena Gomez, where they were exposed to me as a wholesome, Disney type of artist. Honestly, I was a little scared to lose them as I got older because the world changes so much, and my music reflects that. This is my first project where I’m talking about very real things, and I think my audience respects that. It’ll be interesting to see how they handle the full EP with my thoughts on challenging systematic thoughts we have about church, God, and being black.

To promote and celebrate the EP release, you’re having a show at The Resident in downtown Los Angeles.  What can people expect from the performance?  Expect to have a good time and to be connected to the music along with the message.  I want everyone to feel like we are all One and that we are all hoping to further the message of Love. For 45 minutes to an hour, I want people to not thinking about their worries, bills, whatever, and to hopefully make some friends with people that they may have never met elsewhere. I want to bond people through the music. 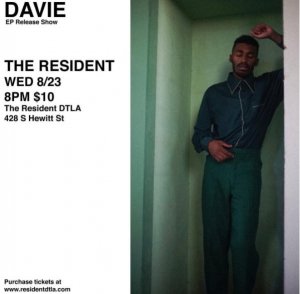 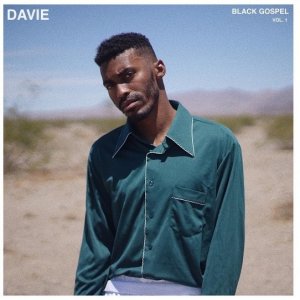