(LOS ANGELES, CA.)  May 30, 2018— Limited Runs, one of the largest independent sellers of vintage posters, photography and other pop culture art, announced today the inaugural Pop Art Photo Show will take place September 27-30, 2018 at the Barker Hangar in Santa Monica, California. The show, produced by Limited Runs, is a four-day celebration of 70+ years of pop culture-influenced expression. The show will feature an interactive space showcasing rare and vintage images bridging all varieties of pop culture, including movies, music, celebrity, fashion, and more. Pop Art Photo Show offers everyone from car enthusiasts, classic movie lovers, and music aficionados, a space to explore and purchase their favorite rare and vintage art. 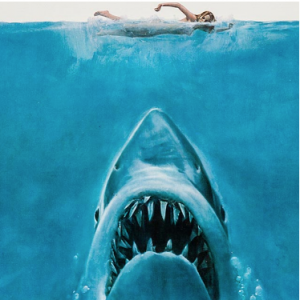 Pop Art Photo Show will showcase a wide range of rare and vintage art, photography, and posters that span eight decades of pop culture, including:

CELEBRITY, FASHION, AUTOMOTIVE
FILM & MUSIC
“We are proud to debut the show and bring this unique experience to Los Angeles, with a thoughtfully curated environment that makes discovering and purchasing art enjoyable” said Pierre Vudrag, Founder of Limited Runs and creator of the Pop Art Photo Show.  “We scour the globe working with the top sellers, artists and photographers to find the rarest and most valuable art.  Included in the installations will be several unpublished or never before seen collections including the concept car art, the Milton Green, Stephen Stickler and Len Steckler images. There really is something for everyone.”
For more information on the show and to purchase tickets, visit Pop Art Photo Show
A portion of proceeds from the event will benefit the T.J. Martell Foundation, a non-profit organization founded by the music industry, that has been supporting innovative cancer research since 1975.
About Limited Runs
Launched in 2014, Limited Runs is one of the largest independent sellers of original vintage posters, photography and other pop culture art.  Through partnerships with the most reputable and trusted art dealers, artists and photographers in the world, Limited Runs provides the best selection of high quality and original vintage posters, as well as limited edition print art and photography.  For more information, visit Limited Runs.
SPONSORED BY:

T.J. MARTELL FOUNDATION
The T.J. Martell Foundation is the music industry’s leading foundation that funds innovative medical research focused on finding treatments and cures for cancer. The Foundation sources and supports early-stage translational research projects which otherwise might not be funded.  A potion of proceeds from the event will benefit the T.J. Martell Foundation, a non-profit organization founded by the music industry, that has been supporting innovative cancer research since 1975.

KCRW
KCRW creates and curates a unique mix of content centered around music discovery, NPR news, cultural exploration and informed public affairs. KCRW is driven by the spirit of Los Angeles and delivers in innovative ways — on the radio, digitally and in person — to diverse, curious communities around the corner and around the world. A community service of Santa Monica College, KCRW can be found on the air in Los Angeles, Santa Barbara, Ventura, Mojave, Palm Springs, and via five KCRW-developed smartphone apps and online at KCRW.

ANGELENO
Angeleno excels in capturing the metropolitan lifestyle. Whether it’s a special feature on the chicest trends in design, cutting-edge fashion spreads, an in-depth review of the city’s hot spots or a revealing celebrity profile, our magazines and websites consistently engage the affluent reader. Our cutting-edge photography and award-winning editorial covers the finest in fashion, dining, night-life, design and travel.