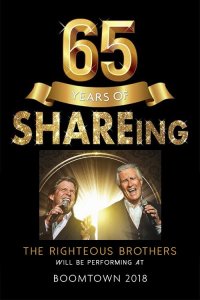 SHARE Inc. has announced that their annual Boomtown Gala will be headlined by The Righteous Brothers with additional performances by Martha and the Vandellas, Louis Van Amstel of “Dancing with the Stars” and the SHARE ladies. This year’s honoree is Loreen Arbus, President of The Loreen Arbus Foundation and disability rights activist, philanthropist, producer, writer and author. The event’s MC, a SHARE legacy, will be Natalie Lander (ABC’s The Middle) – the daughter of famed actors David Lander and Kathy Fields and granddaughter of Hollywood agent Freddie Fields and actress Polly Bergen. The event will be held on May 20th 2018 at The Beverly Hilton Hotel in Beverly Hills, California.

“Boomtown is celebrating 65 years of phenomenal work on behalf of our community and we could not be more proud. This year’s event will invoke old Hollywood glamour as we remember our founding members and the hardworking women who have helped make SHARE the organization it is today,” said Corinna Fields, President of SHARE, Inc.

Loreen Arbus will be receiving the Shining Spirit Award for her tireless work to help those marginalized in our community, specifically through The Loreen Arbus Foundation, which  provides scientific and medical research for those with disabilities, supports racial and gender minorities, and is active in environmental causes. Arbus is an industry trailblazer who earned the distinction of being the first woman to head programming for a U.S. network – a feat she accomplished twice–  both at Showtime and Lifetime networks.

“I am honored to be recognized by the amazing women of SHARE Inc.,” said honoree Loreen Arbus. “Their mission is in very close alignment with my own in terms of helping children who are marginalized as is their long support of children with developmental disabilities and other special challenges.“ 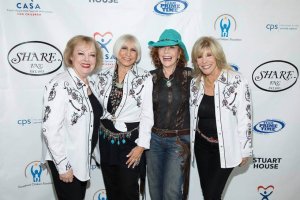 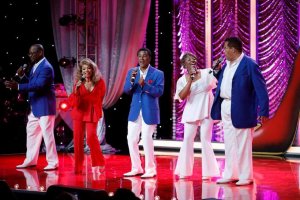 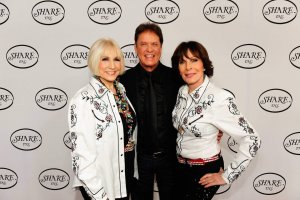