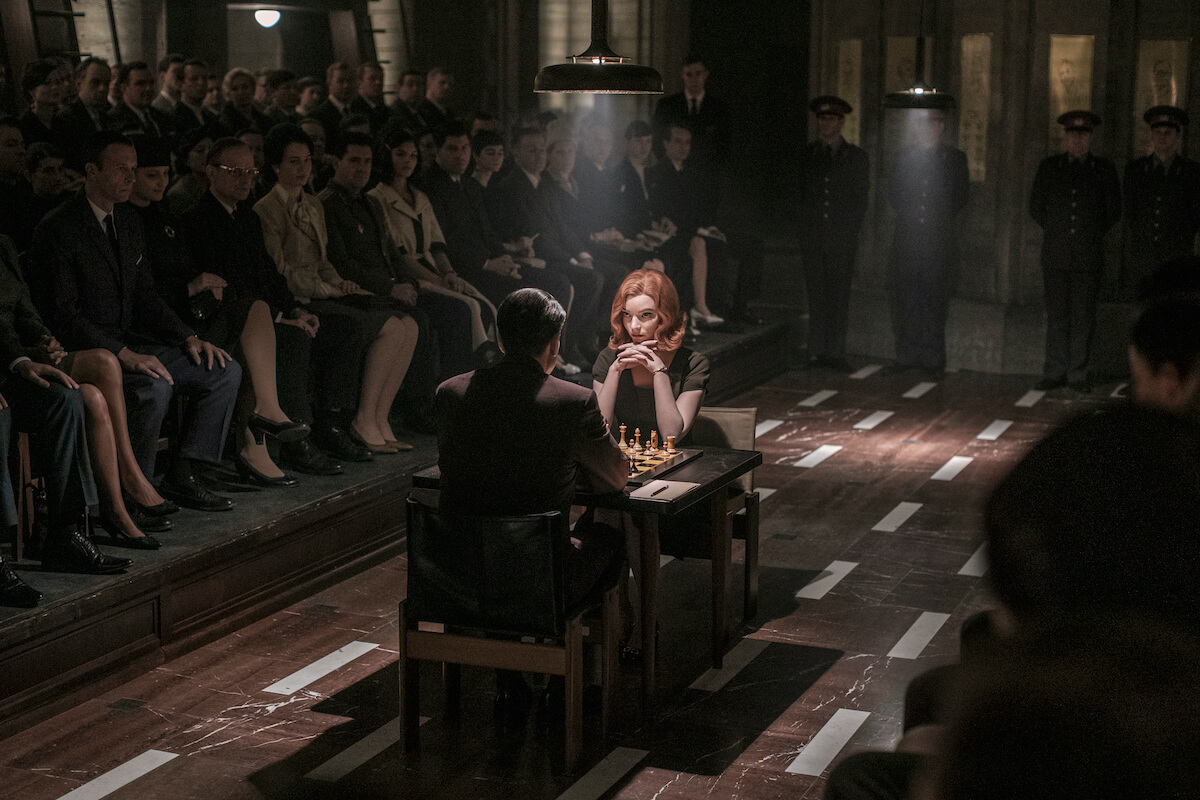 The Queen’s Gambit, a Netflix TV mini-series, is a fictional story (adapted from ​Walter Tevis’ 1983 novel of the same name) that follows Beth Harmon (Anya Taylor-Joy), as she strives to become the world’s greatest chess player. Set in the mid-1950s through the 1960s, we start our journey with Beth at an orphanage, where, with the help of the janitor (Bill Camp), she discovers and develops her astonishing talent for chess. As her chess skills flourish, so does a growing dependency on the tranquilizers that are provided by the state to sedate the children. As a young adult, haunted by personal demons and grief, while burdened with the gift of genius, Beth navigates her social awkwardness amongst peers and her overconfident ego behind a chessboard. Fueled by a cocktail of narcotics and obsession, she evolves into an impressively skilled and glamorous outcast, determined to conquer the traditional boundaries in the male-dominated world of competitive chess.

The Queen’s Gambit  is the newest binge pleasure that has everyone shouting out praise.
The  New Yorker : “The Queen’s Gambit” Is the Most Satisfying Show on Television.”
USA Today: ‘One of the Best Shows of 2020’
Indie Wire: ‘Beyond an Impeccable Anya Taylor-Joy, Netflix’s Tricky Ploy Pays Off’
Chicago Tribune: Irresistible coming-of-age drama

And it deserves all the accolades because The Queen’s Gambit is simply stunning: the set design, the costumes, the lighting, the superb acting, the masterful direction, the detail – all the thought and care that went into making this series culminates into a richly, layered, authentic tone that leaves us wanting more. As Nora Dominick from BuzzFeed wrote: “Basically, I wish there was some way for me to erase The Queen’s Gambit from my mind and watch it all again because I don’t want it to be over“. I one hundred percent agree. This series is a pleasure-thrill to watch.

The Queen’s Gambit explores not only addiction, unresolved grief, and emotional suffering but also gender parity and sexism. We’ve had woman-power movies before, but what is unusual here is that Beth Harmon is attractive to the audience for her brainpower. We’re not rooting for her because she’s hot, or because she is saving the world for us, no, we find ourselves mesmerized and impressed by her sharp-witted, super-charged, neuron-firing brain. Given how America is embracing this show, could it mean that audiences are hungry for more substantial stories? Are viewers growing weary of the dumbing-down of America? Could the response to The Queen’s Gambit be a sign that we want mainstream media to clever-up? Smart is sexy, always has been – let’s bring brainy back. I feel inspired. And quick side-note, chessboard sales have sky-rocketed since the debut of The Queen’s Gambit. 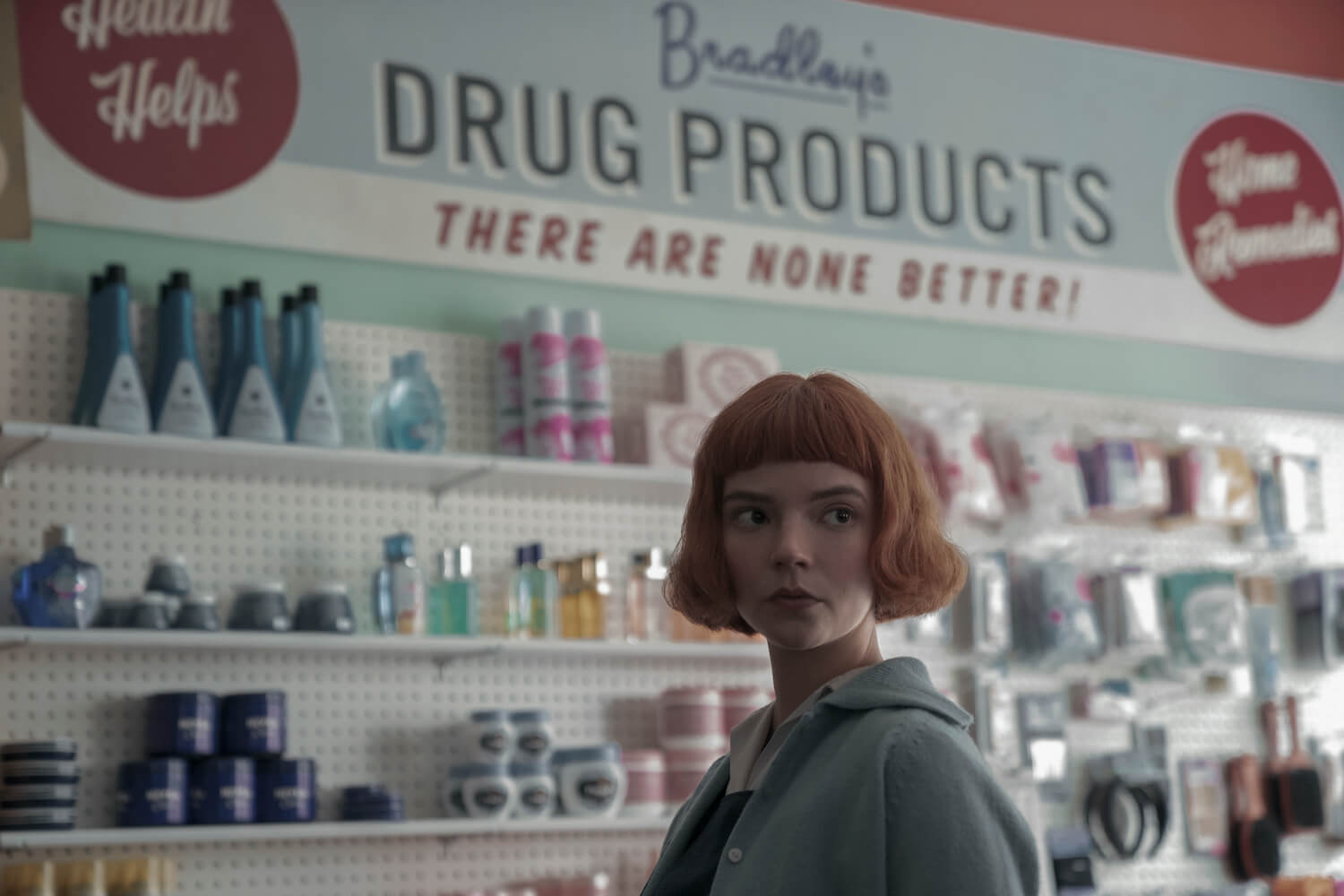