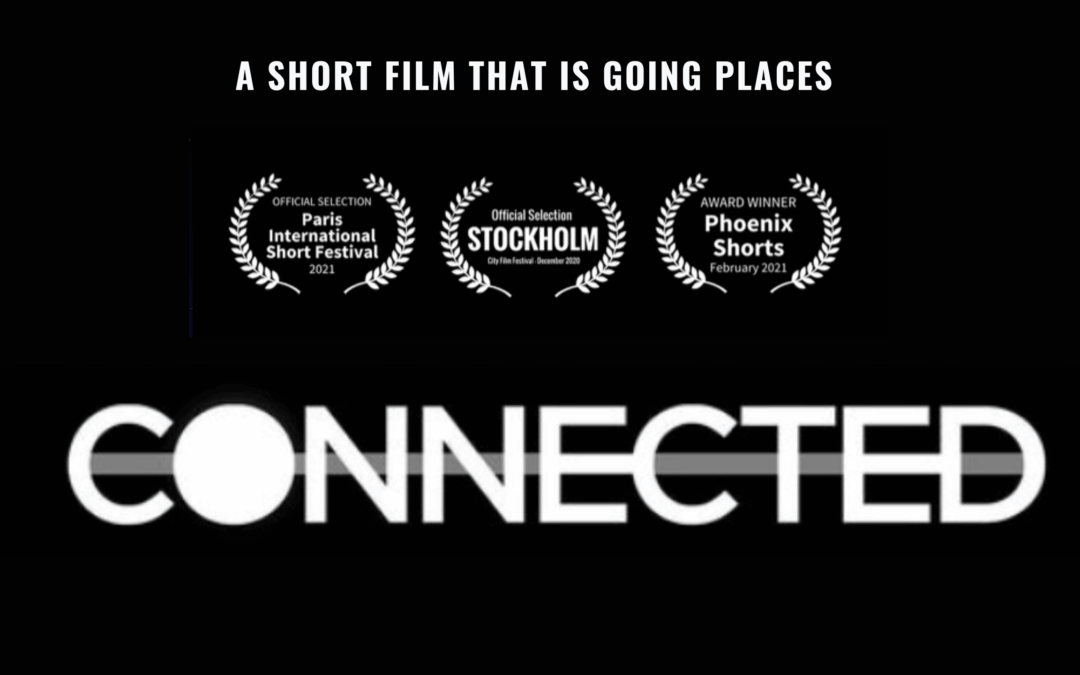 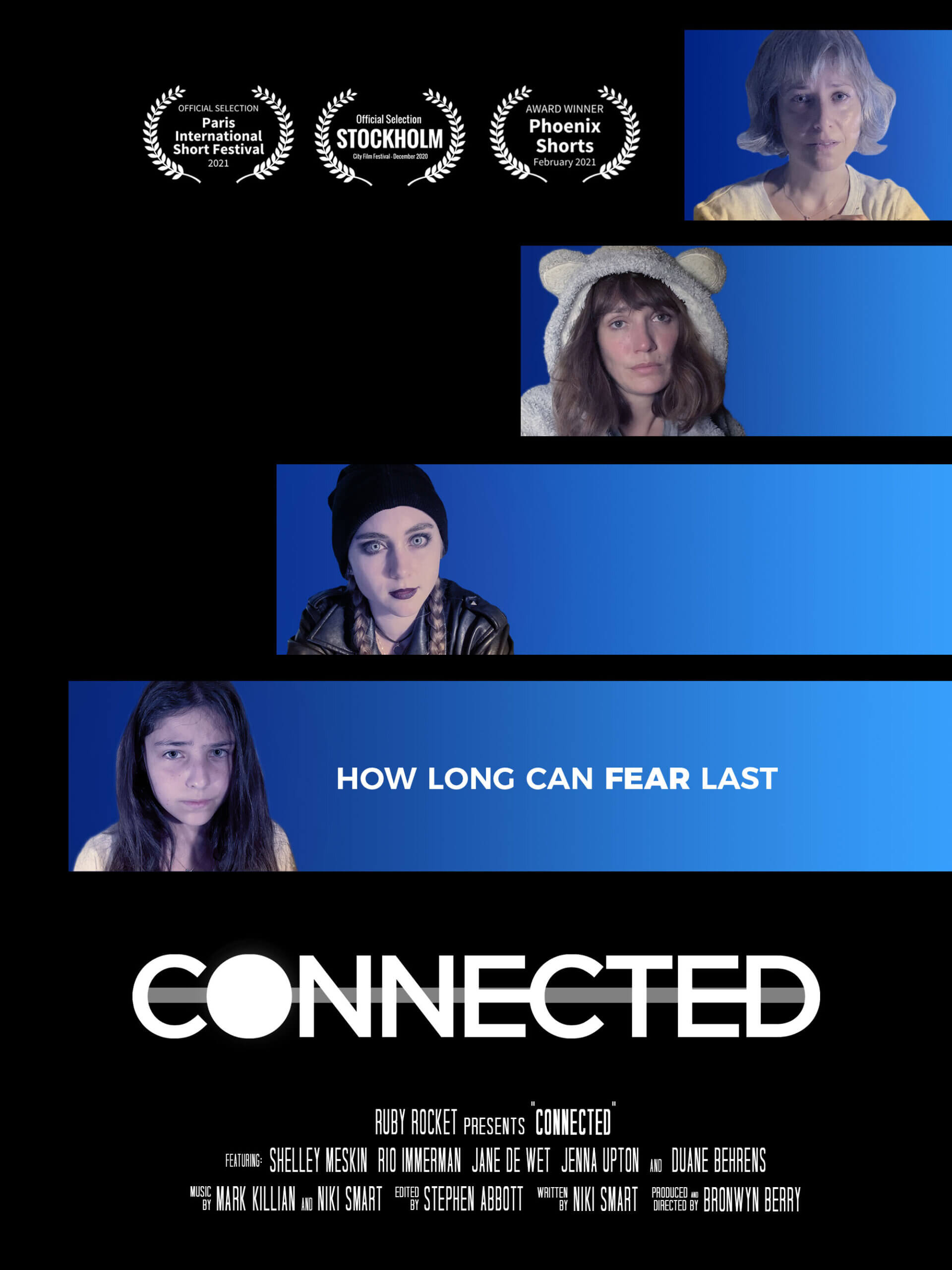 Creative Filmmaking During a Pandemic Lockdown.

Connected is a short dramatic film​ with a few surprises. ​It tells the story of a woman who, while overwhelmed with anxiety during the pandemic, brings the past to light in an attempt to resolve her deeply buried trauma and set herself free. The writer, Niki Smart (Hell Camp, Helter Shelter), said she wanted to pen something that resonated with what people are experiencing during the pandemic, but she also took into consideration the limited scope of production during lockdown.

“Firstly, the idea for Connected came about because for me this pandemic triggered huge fear” Smart said. “Then I realized that this fear had been in me for a long time. Being completely alone without the usual distractions made me have to face my fear, and thank goodness, once I faced it, the fear dissipated. Secondly, since all our conversations were taking place in the world of zoom, it made sense to use the video chat platform for the setting.”

Smart​, a South African who has lived in Los Angeles for 25 years​, reached out to ​fellow South African filmmaker, ​Tim Greene (Skeem, Boy Called Twist) who directed and produced the short “Cabin Fever” during lockdown. Greene put a call out to actors on his private FB group page and the response was overwhelming. “It made perfect sense to cast South African actors as that is where I grew up—and that is where my fear started.” said Smart. 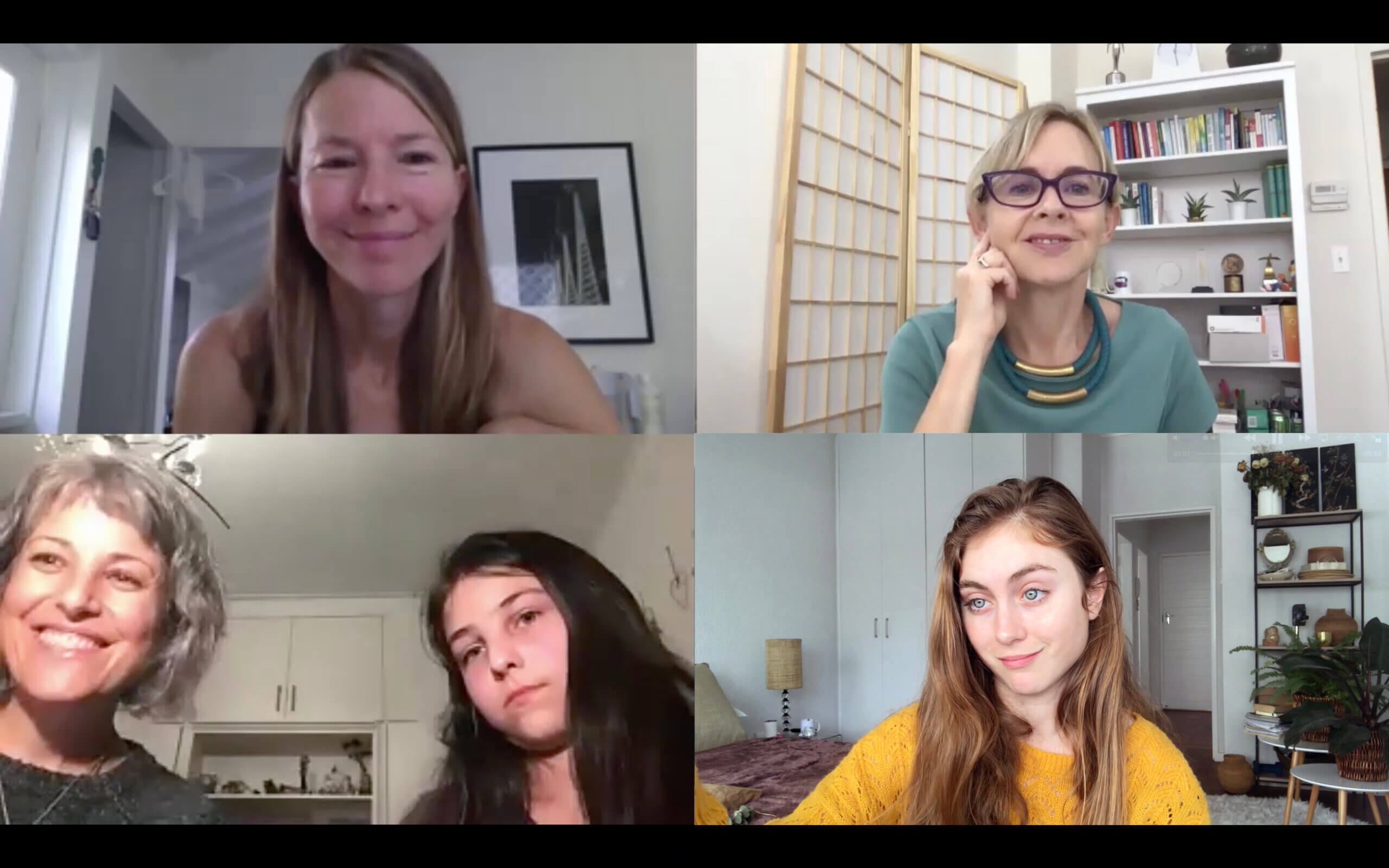 Smart was thrilled to cast Shelley Meskin (Frank and Fearless), and her 10-year-old daughter, Rio, plus Jenna Upton (Raised by Wolves), Jane DeWet (Trackers, The Girl from St Agnes), and Duane Behrens (Samson). “They seriously all blew me away. I felt honored to work with such talent.”

Smart‘s long-standing ​collaborator, Bronwyn Berry (Love Gilda, Durban Beach Rescue)​, a South African who lives in New York​, climbed onboard to produce​ and direct, and things quickly started to happen. “The limitations of a virtual set and self-shooting provided creative constraints to work within and actually gave us the freedom to think about production in a completely different way.” Berry said.

The nine-hour time difference between LA and South Africa was just one of the production challenges. Scheduling rehearsals was tricky, especially as they wanted to accommodate Rio who had to be up early for virtual school.

​The​ actor​s​ did everything for themselves: make-up, wardrobe, set dressing, camera operating, lighting and sound. Not an easy task, especially for little Rio, who had complicated camera setups.  “We couldn’t have made this film without Zoom.” says Berry. “Not only was it the device used to tell the story, but it was our only point of contact with the cast. We had several performance rehearsals, and a technical rehearsal to direct lighting, camera angles and set design.”

Armed with a rented iPhone 11, Boya clip-on mic, flexi tripod, practical household lights, and a can-do-attitude, the actors self-taped their scenes. “We wanted to ensure that the characters were not just reciting lines into an iPhone but delivering an emotionally rich performance with synergy, despite not being in the same space. We recorded a full rehearsal on Zoom and then separated out the audio tracks so that during self-taping, the actors had a guide track.”

Award-winning composer (and another transplanted South African), Mark Kilian (Official Secrets, Eye in the Sky, Pitch Perfect) stepped in to compose the music and insisted that Smart, who is also an acclaimed musician, should be involved. This was the only time during production that two crew members were physically in the same space. Smart describes this as: “The best day of 2020. Not only did Mark compose, play piano, record and be incredibly patient with me while I struggled to play guitar to a click track, but he also served “Train Wreck” (a traditional South African meal) with a “Benoni Special” (Mark‘s version of a Negroni).”

The film addresses important issues of childhood trauma and healing, themes which have become particularly relevant during the inward gaze of the pandemic. “We hope that women and girls who have experienced abuse will realize the transformative power of healing. In line with this, we are thrilled to have won the Women Empowerment Award at the Paris International Film Festival ”

Connected not only won the Women Empowerment Award but also Best Script at the Phoenix Film Festival. Connected was a Semi-Finalist in the Stockholm City Film Festival. and is currently selected for the Dubai Film Festival. For virtual screenings and more information, please visit: Connected: Something to laugh about

Comedy in film has always served a purpose, especially when times are tough: The stock market crashed, consumer spending dropped, and people lost jobs. However, it was comedies like Charlie Chaplin’s ‘Modern Times,’ that got audiences laughing during the Great Depression.

In these modern times, where we are collectively handcuffed to our homes, it may seem like there’s not all that much to laugh about. But much to the delight of Roku’s shareholders and film buffs across our great land, we don’t have to leave the couch for a laugh.

Here’s a list of ten great films from the 1990’s, that should at least illicit a smile: Robin Williams stars as the owner of a thriving Miami nightclub. Nathan Lane co-stars as his jealous partner. Calista Flockhart plays a tepid houseguest (before she became Ally McBeal). Gene Hackman is her uptight father. And Hank Azaria provides the not-so-squeaky-clean backdrop, as a half-naked housekeeper. What more could you ask for? Pete Farelly’s follow-up to Dumb and Dumber, stars Woody Harrelson as a troubled bowler. Enough said. However, when you find out his nemesis is an even more seasoned bowler than Bill Murray, grab your popcorn. Just when you thought Tom Cruise had done it all, including marry the lovely Nicole Kidman and blow up planes to the sweet sound of Kenny Roger’s voice in Top Gun, he plays a slick sports agent who learns that compassion is slighlty more important than money. Renee Zellweger is equally charming in this feel-good 1990’s romantic comedy. In this wonderous film, Jim Carrey plays an animal-loving detective who inquisitively searches for a missing dolphin. The premise of the film is ridiculous, and Carrey’s on-screen antics cannot be rivaled. This film epitomizes the classic Hollywood-contrived vision of 1990’s high schools. With jocks, nerds, Seth Green attempting to lose his virginity, and every walk of life gathering at one last high school party, viewers are bound to smile at the nostalgia of it all.

Jim Carrey plays a cable guy who offers extra television channels to an unassuming customer in Matthew Broderick. This dark comedy also features Ben Stiller before he caused outrage in There’s Something About Mary, and provides loads of twisted humor. In this Julia Robert’s classic, a woman falls in love with her best friend. Unfortunately, her best friend doesn’t know this and is about to marry the wrong woman.   Fortunately, this romantic comedy doesn’t feature Hugh Grant. Starring Ben Affleck, Jason Lee, and Joey Lauren Adams in Kevin Smith’s precursor to the outrageously funny Mallrats, Chasing Amy provides a compelling perspective on the delicacy of relationships. And yes, the film features Jay and Silent Bob, and therefore some belly laughs.

The second iteration of Wayne’s World isn’t as nearly as funny as the first. But why not laugh at a film based off a Saturday Night Live skit starring Mike Myers in something other than Austin Powers. Bill Murray plays a disgruntled television weatherman, who is forced to relive the same day over, over, and over again. With his perfect match of surliness and humility, this is Murray’s most iconic film to date. ABOUT THE AUTHOR James Winston grew up in Studio City, studied Literature and Criminal Justice at UC Irvine, and after spending time in Colorado as a ski instructor and beer-drinking connoisseur, he took his act to San Francisco where he worked in technology by day, and played clubs at night as a drummer for the band Neurotrash.  James keeps moving north, and currently splits his time between Seattle, WA and Sherman Oaks, CA, working as a sales professional and budding writer.  He’s putting the final touches on a memoir confronting mental illness, and freelances for LA-based sports publications.  Go Lakers!